The Internet in History

Much like telephones, cars, or other key pieces of technology, the internet is something you use regularly enough that you probably don’t often think about its origins. Let’s see if learning a bit of its history will provide us with some insight into how we use it to market our businesses.

It may come as no surprise that early forms of communication between computer networks originated in military, government, and scientific research applications. It was around the later stages of the 1960s that computer networks operating in these types of facilities in various geographical locations needed ways to quickly transmit data to one another. The United States Department of Defence provided subsidies for the creation of ARPANET, which was the first of many long-distance computer networks to come. Once TCP/IP was solidified as a universal networking protocol in the early 1980s, things really got moving.

While this “network of networks” (and a standard protocol of communication between them) can be regarded as the beginning of what we call the internet, the World Wide Web is a different story. This term refers to the technology we commonly utilize to take advantage of these networks. It came about in the late 1980s with the creation of web browsers, URLs, HTML, and other concepts you’re probably familiar with. The first web browser was in fact called WorldWideWeb before being renamed to Nexus. As the Web became accessible to more people, the period between its creation and the turn of the millennium saw a massive and rapid expansion of information, networks, browsers, indexing and search tools, and more.

Even when you narrow it down to online marketing, the possibilities of the internet are still seemingly infinite. Web design is becoming more streamlined and intuitive, your company’s site is being accessed by a wider variety of devices, and direct, community-based engagement with your leads and clients is easier by the minute. What does it all mean? That there’s no reason to fall behind the times! A responsive site, valuable content, consistent social media engagement, and smart advertising practices are just the beginning. How you do it and where the technologies take you is the fun part!

The internet has come a long way, and so has online marketing. If you want to keep your business at the frontier, CAYK is here to make it happen. Give us a call at (403) 456-0072 to find out how! 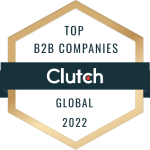