Get to Your Target Audience With a Trusted Calgary Marketing Company 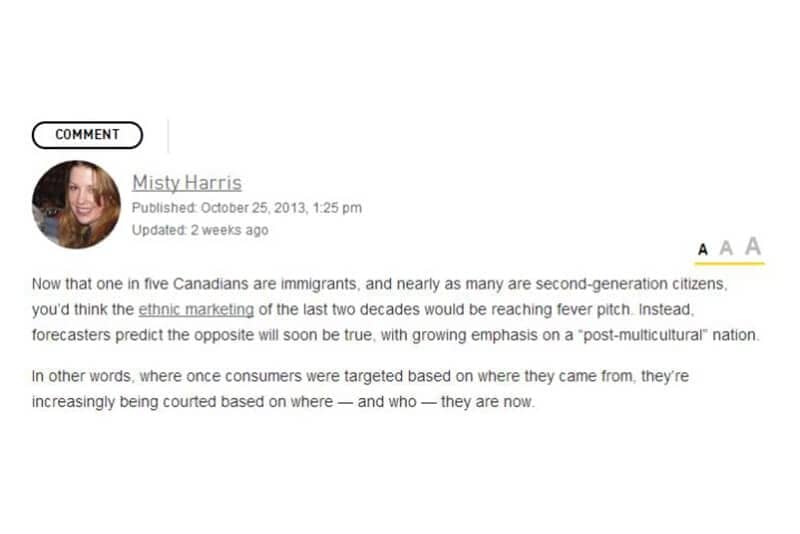 Canada is known for its diverse and multicultural population, so much so that nearly a fifth of all Canadians are, or descended from, immigrants. However, race no longer seems to be an issue as Canadians identify themselves more with Canada rather than their parent country, as Canada.com has discovered. This information may be useful to entrepreneurs looking to expand their business.

In essence, you have to appeal to your audience’s “Canadian-ness” first and foremost whenever you want to encourage them to buy a specific product or service. However, this is obviously easier said than done because your message needs to attract people from various cultures that have different values, perceptions, and beliefs that may run contrary with another culture.

You can conduct a study yourself to identify your company’s target demographic to help build a “Canadian” marketing strategy. Or you can just let experts, such as CAYK®, a reputable Calgary marketing company, handle the job for you.

This is important because your clients’ demographics can significantly influence your marketing approach. For example, a majority of your clients may prefer print, radio, or TV as their primary form of media rather than the Internet. If that’s the case, you should focus on traditional marketing methods like postcards, brochures, snail mail, billboards, and plugs, among many others.

For those that want to use online marketing, there are companies who can handle all aspects of internet marketing, freeing you from the extra work. Even better, marketing experts can create innovative ways that would allow you to maximize your gains from traditional marketing. For example, many Calgary marketing companies may suggest offering coupons in retail outlets (traditional marketing) which can be redeemed for online gifts and discounts (internet marketing).